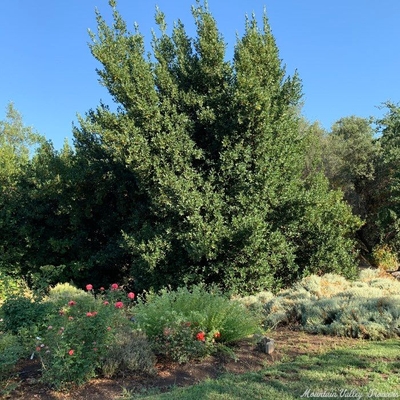 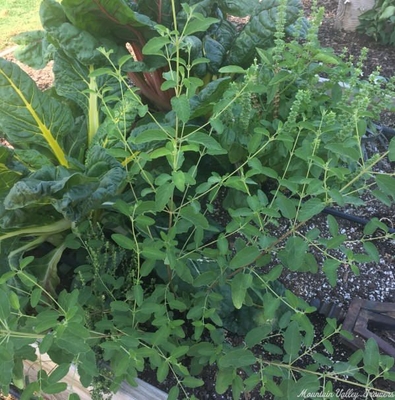 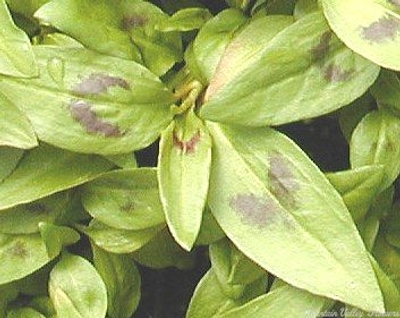 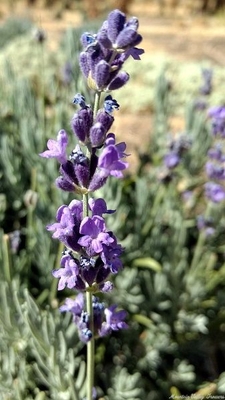 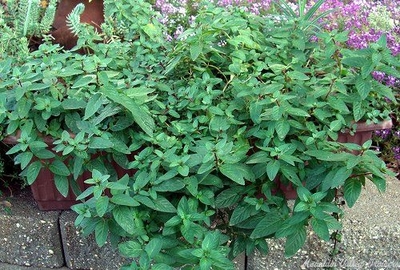 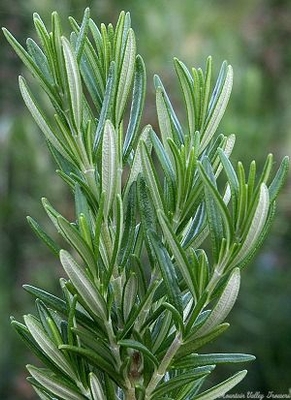 Contains one of each of the following:

Substitutions with appropriate plants are made when necessary.

Books on This Subject

Ever wonder why tacos are so much better at your local Mexican Restaurant? Or, if Moroccan Tea is really any different than what the grocery store sells? Lavender buds too expensive? Now the delicacies and delights from around the world can be grown at home, without harmful chemicals, at a fraction of the price. Start with these six wonders and add more latter from the list that follows.

Greek Bay Trees evoke images of warm breezes and sunny climates typical of the Mediterranean. Although most Greek Bay leaves are used dried, fresh Greek Bay leaves are prized by gourmet chefs and home cooks alike, and make it one of those plants that gardeners go the extra mile to grow. Because Greek Bay is slow growing, it makes an excellent container plant. Leave the pot outside during summer and bring it inside for the winter in Zones 2-7. For container planting it is best to put the three inch pot into at least a gallon size container. This is usually sufficient for the first two years. At that time, it will need a deeper and wider container. The first three years, the small plants grow slowly so don’t pick many leaves. As it gets more leaves and branches, it grows faster.

In zones 8 through 11, it should be grown in the ground so it can get as big as possible. In the ground here (in zone 8,) after 15 years, it has grown to a height of 20 feet with a diameter of about 10 feet. Zone 8 is at the low end of Greek Bay’s cold tolerance, so it is best to let it assume its natural bushy growth habit rather than trying to train it to a singular trunk like a tree. The extra shrubby side suckers act like a blanket around the core of the plant which gives it an extra bit of winter protection. They also shade the ground, conserving moisture and killing weeds.

An essential ingredient in bouquet garni, Greek Bay is combined with Thyme and Parsley in a cheesecloth bag and used as seasoning for soups, stews and sauces. It also makes an excellent addition to marinades, beans, rice and just about any other savory dish that cooks for long period of time. Leaves can be used fresh, but are easily dried for storage. Whole leaves should be removed before serving. Greek Bay is also included in our Biblical Herb Garden.

English Lavenders, and there are many different ones, come from the cooler climates of northern England. They like warm dry summers. Lavenders do not like to sit with their roots in water, so soil should be free draining. Reaching heights between 12 inches and 2 feet, English Lavenders are world renown for their sweet fragrance and abundant blooms. Royal Purple English Lavender is a lovely dark-flowered, sweet scented Lavender. Lavenders need to be pruned each year after blooming to keep their tidy shape. Flowers can be harvested at any time.

While lavenders are most often used as ornamental or craft plants, they can also be used in cooking. A small amount of dried lavender is sometimes added to the spice blend Herbes de Provence which is usually heavy on the thyme and may can contain a blend of rosemary, sweet marjoram, French tarragon, chervil, summer savory, oregano and/or mint. This mix can be used in a lot of ways. Mix it with olive oil and use it as a marinade on chicken before barbecuing. Add to butter for a great herbal butter that can be used for basting fish or added to potatoes.

It is so good that it will become a must have addition to the annual herb garden. Since this plant is tender to frost, it will only survive in the most temperate areas. Fortunately, it grows quickly and provides enough growth to dry for winter use. Do not cut plants when they are small. Leaves are far apart on branches and the plants should be allowed to get some height on it before it is used. Havest as needed throughout summer and then in fall cut whole stems including flowers and hang the long branches in a warm,dry space.

Moroccan Mint is a traditional accompaniment for green tea and is a staple in Morocco and other African nations. Moroccan Tea is steeped in tradition and is used as a sign of hospitality for visitors. Moroccan Mint can also be used dried by itself or with other mints or dried herbs to make a refreshing summertime tea.

Moroccan Mint is invasive and should be grown in a container of its own. Since mint grows by runners on top of the ground, the container should be wide and provide a lot of surface area for it to creep along. A depth of six to eight inches is plenty. Give mint plenty of sunshine and lots of water. Too much shade invites insects and causes disease. Usually after one season it will need to be divided and repotted. If it becomes too root bound or stays too long in the same container it will eventually choke itself to death.

Here is a handy primer on repotting mint.

Vietnamese Cilantro is also known as Rau Ram and is a tender herb that must be grown as an annual in areas that have frost. It likes a damp soil and filtered sunlight. It grows rampantly by runners so it should be planted in a planter with a large surface area and should be checked frequently for root bound conditions. A slow down in production of leaves is a sign that the plant needs to be repotted. Vietnamese Cilantro has beautiful red marking in the leaves. If the leaves are pale and the mark is missing, it is not getting enough sun.

A particularly nice variety of upright Rosemary, Spice Islands has big leaves full of flavorful rosemary oil. It is a fairly erect plants with large, dark blue flowers that bloom in late winter in temperate climates. In cold winter areas, it is usually grown as a container plant and brought into a bright warm room over winter. Inside it should only get water when it is fairly dry. Outside it is extremely drought tolerant once established. Planted in the ground it can reach heights of 4 feet and widths of 10 feet or more. It achieves this width by laying its stems in the ground and rooting. To keep it smaller, keep the bottom branches from reaching the ground.

Rosemary can be used fresh or dried. To use it fresh be sure to finely chop the leaves. Dried it can be used with other herbs or by itself. If drying, be sure to give the leaves enough time to get thoroughly crispy or they will develop mold.

The plants listed here make excellent additions to this collection. Click through to read more about them or add them to your order.