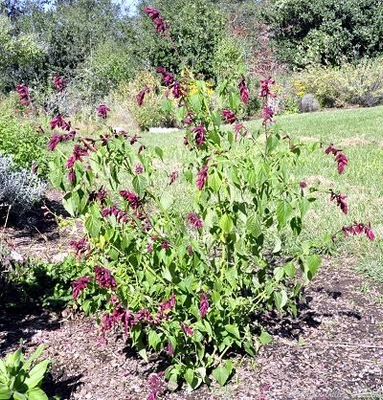 This two year old Salvia Van Houtii defied its zone rating this year and came back from the ground. The other two Brazilian Sage planted with it, sadly did not make it. This photo was taken in October when the bush was in full bloom. It had been blooming since August. Hoping to make it a three year old bush, it was mulched heavily at the crown before it was decimated by a late November frost.

The pendulous wine-colored flowers are particularly striking against the silvery leaves of White Grosso Lavender.