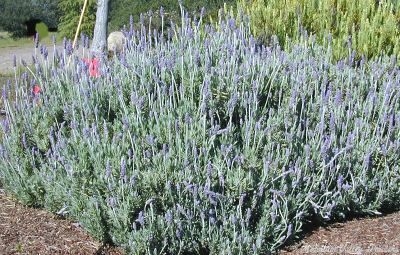 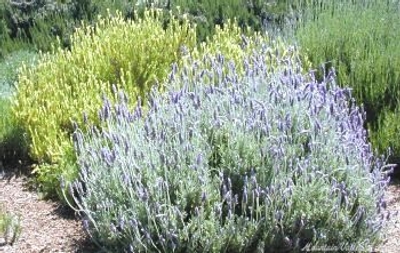 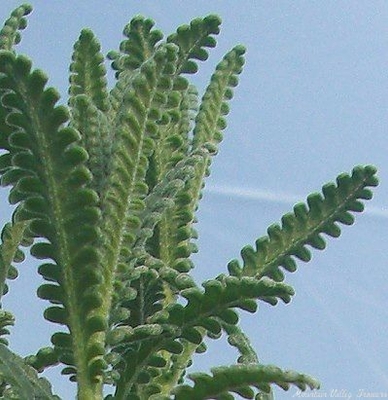 This gorgeous stand of French Lavender is now three years old. It was planted late one spring from three of our starter pots.

The name French Lavender is sometimes applied to Lavandula stoechas which most sources will call Spanish Lavender. Both are zone 8 plants and both are beautiful but French Lavender blooms a lot longer. As always it is important to use botanic names when buying plants.

What a striking complement the Yellow Lavender, with its chartreuse foliage and its creamy beige flower petals, is to the French Lavender.

The scallops or dents on the edges of the leaves are referred to as dentata in its botanic name, Lavandula dentata. Literally translated dentata means “toothed”.

The small, insignificant French Lavender flowers are white. The colorful part of the flower head are the lilac colored bracts.

French Lavender is not usually used as a culinary lavender. But, we have had customers who do like to cook with it.

All lavenders should be pruned well at the end of the season to keep the bushes from becoming unruly.

French Lavender is one of the six plants chosen to be in our Zone 8-11 Fragrant Herb Garden Six Pack.